Coupon SAVE10 at checkout for an extra 10% off!

Built in 1710, the Concord enjoyed a brief life as an English ship before being captured by French forces in 1711. Constructed as a frigate, the ship was modified by the French to hold cargo, in particular slaves, which at the time was a burgeoning trade business in western France. Making three runs over the course of the next decade, La Concorde would depart from Nantes, sail to the west coast of Africa to trade for slaves, and from there continue along the trans-Atlantic Middle Passage to the islands of the Caribbean. While slave trading voyages were successful in 1713 and again in 1715, the 1717 journey would be the last for La Concorde. Leaving Nantes on November 24, 1717, La Concorde departed for the African coast arriving at the port of Judas on July 8. After making it across the Middle Passage, approximately 100 miles out from the island of Martinique, La Concorde and the pirate Edward Teach met for the first time. After being fired upon, Captain Dosset surrendered his ship almost immediately and she was taken to the Grenadine Islands.

After taking the bounty and incorporating the crew, Edward Leach, better known as the infamous and legendary Blackbeard, sailed from the Grenadines aboard La Concorde. Born circa 1680, not much is known about Teach’s early life, aside from that he was probably a privateer during Queen Anne’s War. From 1702 to 1713 as France and England battled over control of North America, many privateers joined the cause, especially around Spanish Florida and the Caribbean. As with many of these privateers, it is thought that Teach turned to piracy following the war, using the skills he learned for conquest and plunder in becoming Blackbeard. Moving to New Providence Island, Teach met and fell in with the pirate Captain Benjamin Hornigold, eventually becoming the legendary Blackbeard.

After capturing La Concorde near the island of Martinique , Captain Hornigold turned the ship over to Blackbeard as his flagship, to which he added cannons and his menacing flag, and renaming her the Queen Anne’s Revenge. After sinking a French ship off the coast of St. Christopher’s Island, Blackbeard resumed attacks on British, Dutch, and Portuguese merchant and slave ships throughout the area. In March of 1718, off the coast of Belize, Blackbeard and his crew spotted the sloop Adventure, captained by David Harriot, and boarded her. Convincing the captain and several of the crew to join with him, Blackbeard added the ship to his fleet and ventured out for further conquest. Sailing through the Bay of Honduras he collected another large ship and four sloops before capturing a Spanish ship later that year off the coast of Cuba.

Blackbeard and the Queen Anne’s Revenge: 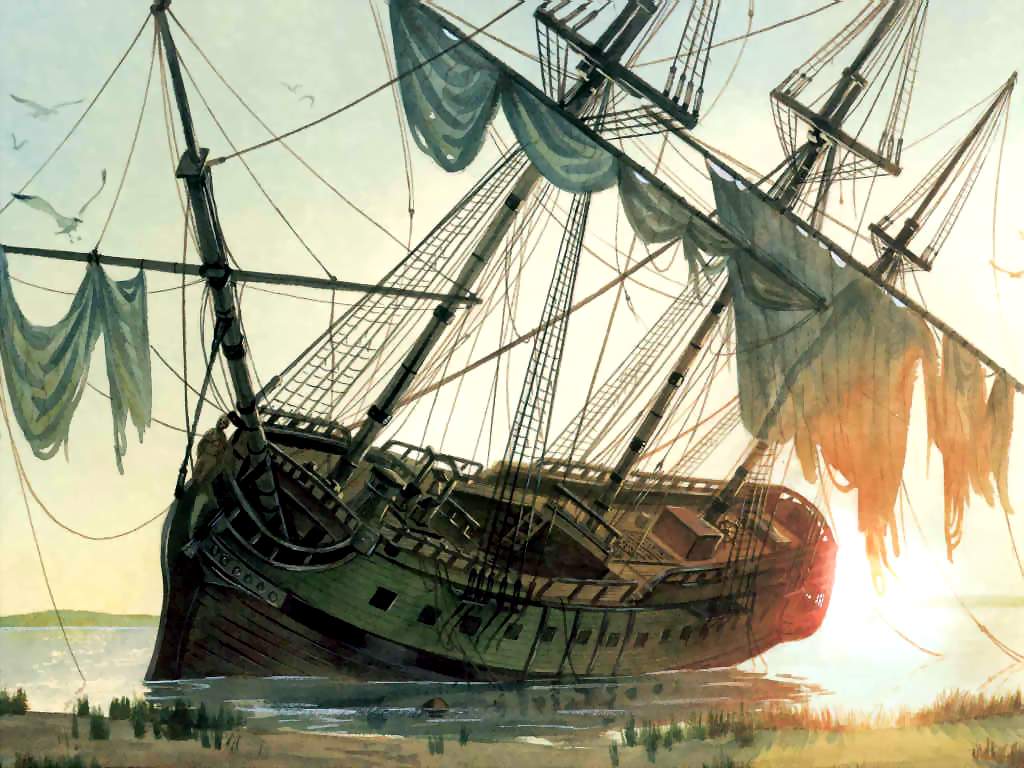 In 1996 the wreckage of the Queen Anne’s Revenge was discovered off the coast of North Carolina’s Fort Macon State Park. Over 16,000 artifacts have been recovered, including several cannons, and in 2000 and 2001 live underwater video was used for educational purposes. In 2006 more artifacts were discovered at the wreck, and by the end of 2007 almost a third of the ship had been explored. Though there was some controversy as to whether or not the wreckage was in fact the Queen Anne’s Revenge, in 2011 it was confirmed, bringing the history and legacy of both the ship and her captain back to the forefront of popular culture. Used as inspiration throughout the last three centuries for everything from classic pirate stories to modern day cinematic masterpieces, both Blackbeard and the Queen Anne’s Revenge are now legends that will live on forever.